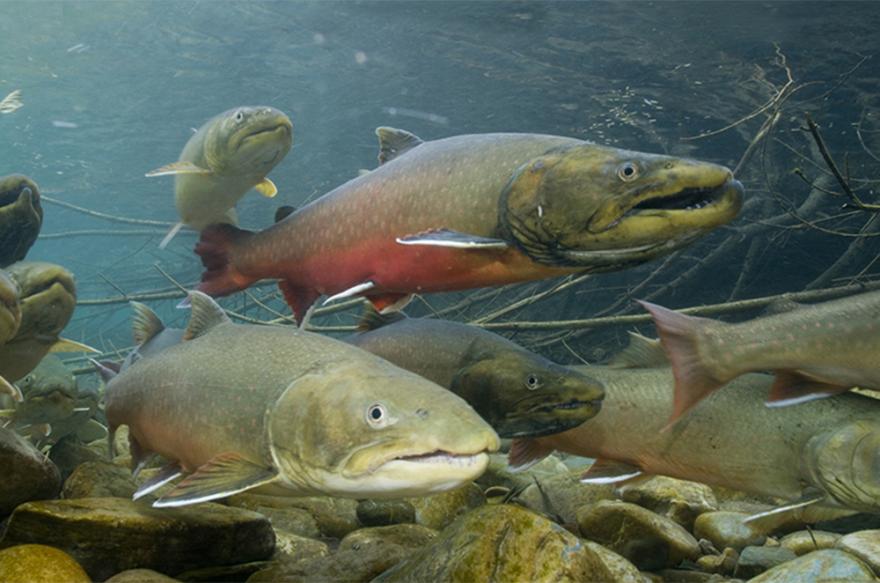 Nicknamed the "grizzly bear of the fish world" for its fierce disposition and reliance on pristine, unspoiled habitat, the bull trout is one of the most threatened and least-known members of the salmon family.

Formerly one of Oregon's largest and most common freshwater fish, bull trout are now found in less than half of their former range. Human activities such as road and dam building have severely impacted trout habitat. Bull trout are listed as threatened by the U.S. Fish and Wildife Service.

Bull trout, the Oregon Zoo and you

You can see bull trout at the zoo's Eagle Canyon exhibit. These trout are on loan from the U.S. Fish and Wildlife Service to provide conservation value as a living educational display for the public.

The USFWS and other agencies and groups are working closely together to recover bull trout. Collectively, these organizations monitor the status of existing populations and are reintroducing bull trout into habitats from which they have disappeared.

Metro is working to protect and restore habitat for salmon and other wildlife in the Portland metropolitan area? Learn about Metro's voter-approved Natural Areas Program. You can celebrate the annual return of Chinook salmon to the Sandy River every October at Oxbow Regional Park.